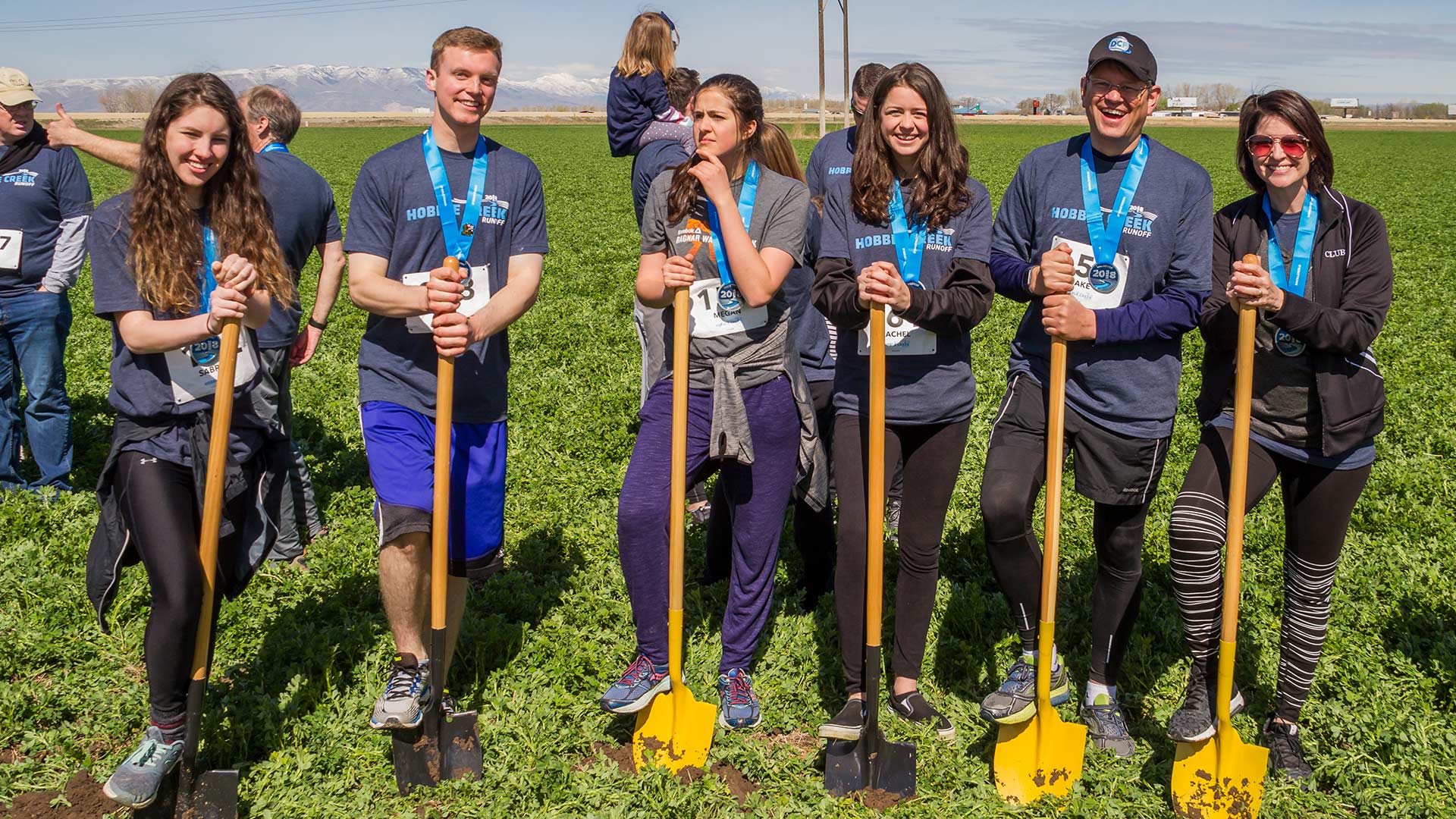 A short story about a very exciting moment in Wavetronix history

On April 14, 2018, employees and their families participated in a ceremonial groundbreaking event on a piece of property in Springville, Utah that will become the new headquarters for Wavetronix.

The event included a 5K race from the company’s current home in Provo to the new site.  The race was the first in what is expected to become an annual celebration.  In addition to the groundbreaking, employees were also treated to displays of what their future workplace will look like.

Wavetronix CEO and co-founder David Arnold said the new property represents the growth and future success of the company.

“The bare ground lies before us as a symbol of our potential,” Arnold said. “It will not be the buildings, the streets, the squares or the gardens that define the greatness of this place. It will be defined by the greatness of its inhabitants.”