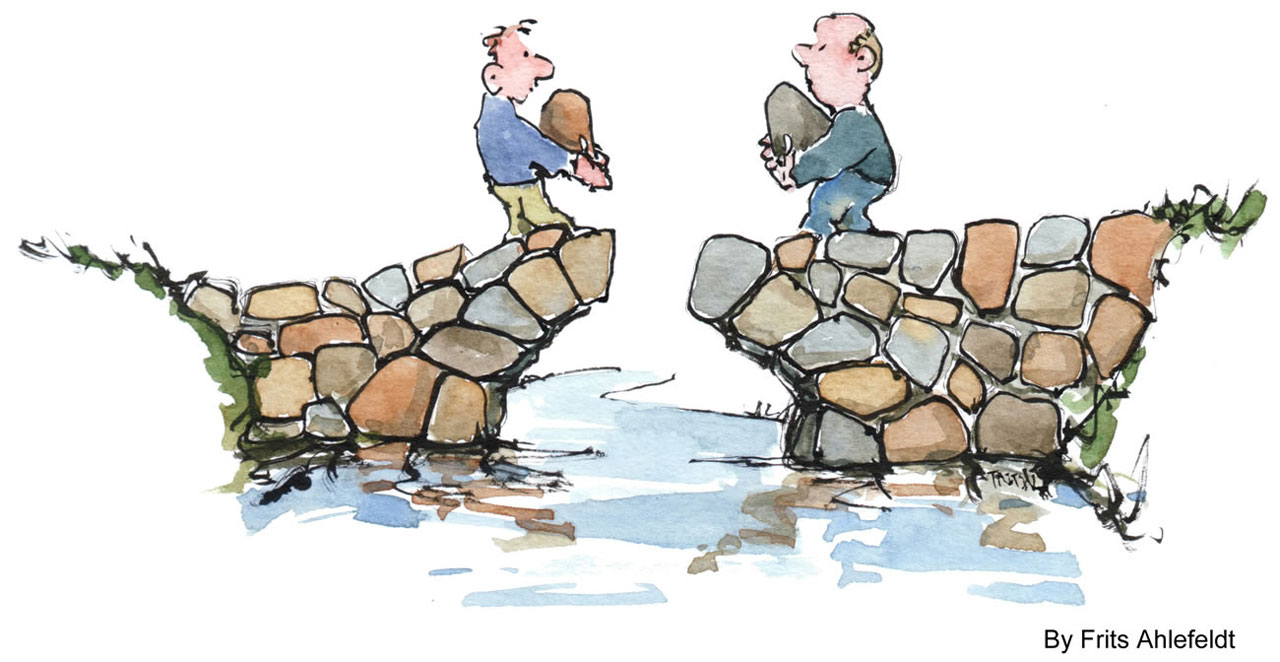 Is there a way to bridge the gap in the ITS industry between Operations and Planning?

If you work in the transportation industry, it’s likely you’ve come up against a group or department within your agency whose goals seem to be in direct opposition to yours. The question for you is how mad did you get? Did you get mad enough to, say, sabotage the opposing groups infrastructure? Let’s say you were installing inductive loops and you notice the other groups’ loops nearby. Would you take the time and effort to cut up their loops so they could no longer detect? Would you start an interdepartmental cold war?

In the traffic planning world, there are two groups equal in importance but sometimes in conflict: operations, who manages the day to day realities of the road network; and planning, who looks to the future to create new systems and roadways.

The conflict here comes down to data.  While sensors across the road network collect thousands of points of data every day, how and why that data is used can be very different between these two groups. Some of these problems are based in technology: a planner, for example, requires an archive of time-stamped data to look at historical situations; while the folks in operations often rely on real-time data to manage the here and now.

Another problem can be attitudes. Groups can get territorial, especially when budgets and assets are involved.  Operations usually must pony up the money for the detection technology and sometimes get protective about the data they collect.  This can lead to planning becoming jealous or feeling like an afterthought.

I’m going to assume anyone reading this gets along with everyone they work with perfectly. But if you have a "friend" who has experienced issues like this, you may want to link them the following story. This 2008 cover story for Pulse magazine, written by Brian Hagen, showcases some real cases where different departments stepped on toes and how technology can work to bring the two worlds together.