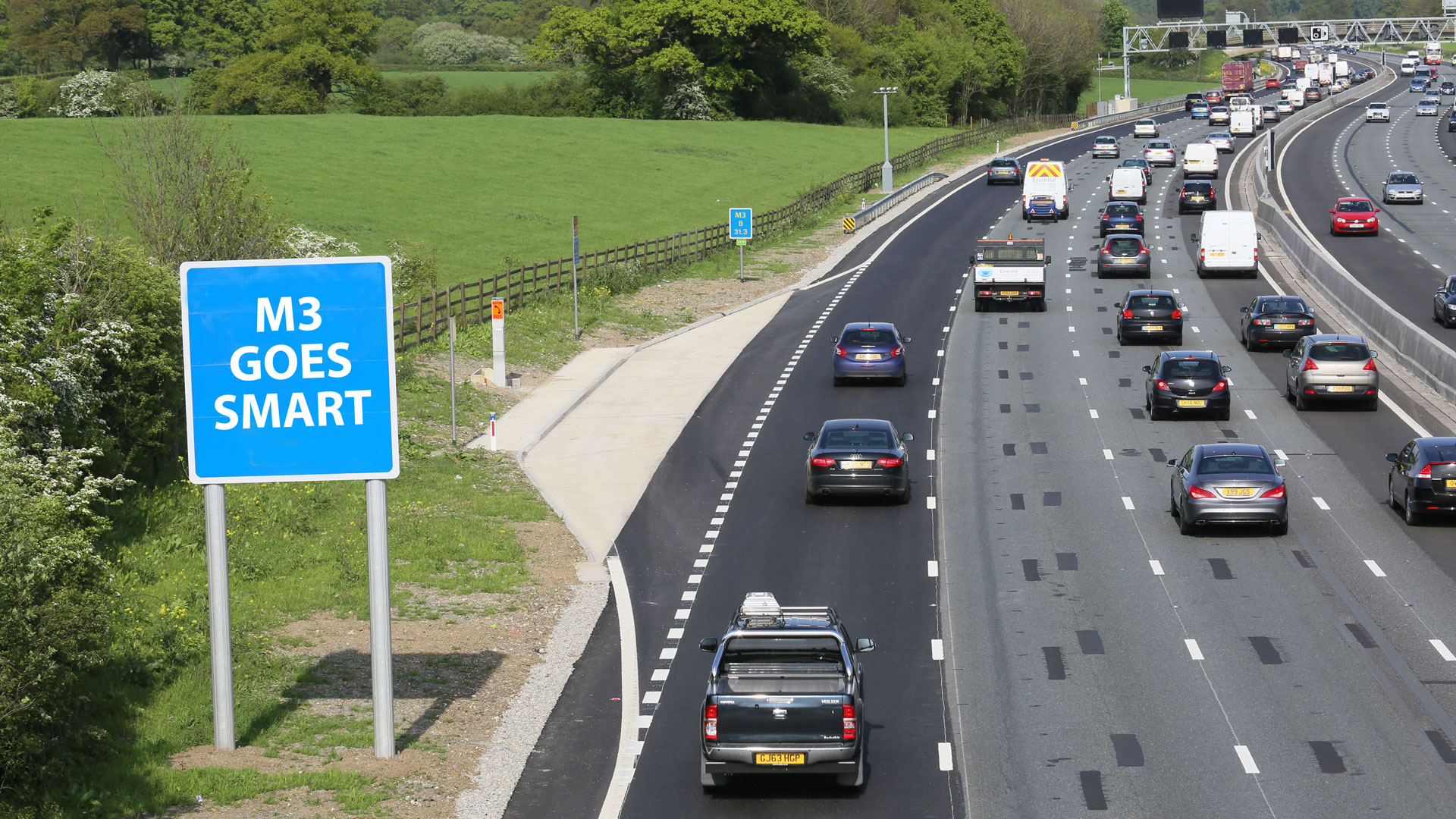 In its continuing efforts to improve motorways in the UK, Highways England’s upgrade of the M3 in Surrey and Hampshire was complete with an all-lanes running scheme that utilizes SmartSensor HD to keep things moving smoothly.

On August 1st, 2017, motorists on the M3 experienced the latest in Highways England’s ongoing plan to increase the number of smart roadways by using technology, including SmartSensor HD, to increase safety and efficiency.

The £174 million project is 13.4 miles long and stretches between Farnborough and the M25. The smart section of motorway includes an all-lanes running scheme which has previously been placed on other UK motorways including sections of the M25. This scheme turns the shoulders into a fourth working lane with emergency pullouts placed periodically along the road.

Making the roadways smart, SmartSensors HD are utilized to measure traffic on the motorway. The information is then used to raise or lower the speed limit and to open or close lanes of traffic. The ability to alter speed limits and lane placements in real time not only help in cases of emergencies, but also prevent more standard traffic headaches, including stop-and-go traffic.  Used in conjunction with CCTV cameras, SmartSensor HD provide the input for the system.

SmartSensor HD was chosen because, unlike inductive loops which are installed in the pavement, HDs are installed above road, meaning road workers can install them safely out of the road. They also require little to no maintenance which saves money and time as well as helping Highways England to achieve their Aiming for Zero goal where no road workers are killed or seriously injured.

Shaun Pidcock, Director of Highways England’s Smart Motorway Program said this is part of the most extensive maintenance on the M3 since it was first built in 1971.

“This is a significant upgrade for the M3 and will deliver real benefits for the 130,000 drivers who use it every day,” Pidcock said.