For the Safety of Truckers 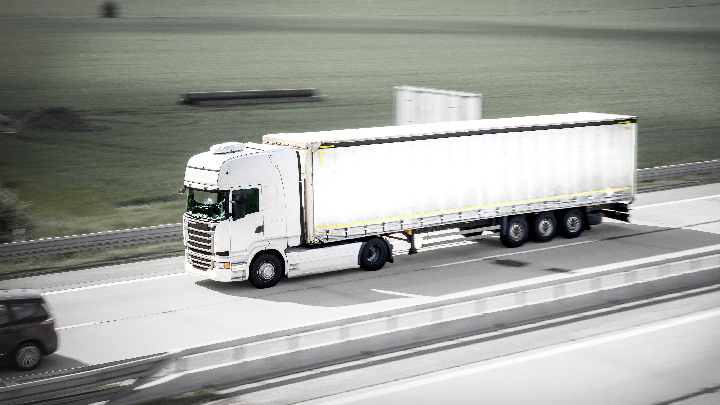 Truckers face serious safety issues on the road. SmartSensor Advance Extended Range is one way to help them get home safely.

My dad was a truck driver when I was little. More than once I rode with him as he took loads of alfalfa from Southern Utah to the dairy farms of Chino, California and brought loads of roofing material back. I remember feeling like a giant, sitting in the cab in an old, boxy Cabover Peterbuilt, the highway literally at my feet. Sometimes I’d hang out in the sleeper, listening to whatever oldies or country music radio station my dad could find.

I couldn’t always go with my dad, of course. I wasn’t very happy when I had to stay home. Partly because going on the road with dad was the most fun I could imagine in my six-year-old mind. But there was another reason. A reason I fully understood even as a little kid: I may not see my dad again.

Part of this mindset that caused my little brow to furrow came from a song by the band Alabama. The song is “Eighteen-Wheeler” and tells the story of a husband and father who goes out trucking and gets lost after his rig jackknifes in a snowbank. The purpose of the song is how he comes home safely and family is stronger than anything else. The lesson I learned was this: one day my dad may leave and not come home. Heavy thoughts for a six-year-old.

By the way, my dad always came home and it wasn’t too long before he moved to a different job, but the idea still sticks with me today.

Diesels may look invincible when they’re roaring down the highway, but the reality shows a different picture. According to the annual workplace fatality report, truck driver is one of the deadliest occupations in the United States with 745 fatalities in 2015. The reasons behind this troubling statistic are extremely complex and include the fact that the trucking industry has close to a 100 percent turnaround rate leading to a perpetual lack of experience.

In recent years, many steps have been made to improve the situation, but things also continue to work in opposition to trucker safety. The rise of e-commerce places a larger strain on the transportation industry and the push to move more goods faster often leaves safety measures like rest time and safe speeds in the dust.

Volumes could, and have, been written about how what changes need to take place to make this industry safer, but an easy place for the average person, and even a traffic engineer, to start is the basic understanding that tucks are not the same as other vehicles.

Nearly 27 percent of fatal crashes and nearly 37 percent of injury crashes take place at intersections. It’s easy to see why this area is particularly dangerous, especially taking the dilemma zone into consideration.

Here’s how it works. At the dilemma zone the light turns yellow and it’s impossible to predict if a motorist will speed up to get through or slow down to stop. Both options can be dangerous. Speeding up can cause dangerous and deadly T-bone crashes. Slowing down can cause rear-end crashes. Advance detection, like that provided by the SmartSensor Advance seeks to eliminate this problem by holding the green light for vehicles in the dilemma zone. SmartSensor Advance takes this to the next level with its patented process of calculating the estimated time of arrival for each vehicle meaning it can create specific protection for every vehicle based on its real-time speed and location.

The problem is, even SmartSensor Advance wasn’t enough to protect trucks and other high priority vehicles. Advance can sense vehicles 600 feet- or roughly 2.5 to 5.5 seconds away from the stop bar depending on the speed of the vehicle. Far enough for normal vehicles, but not enough for trucks. In fact, the FMCSA estimates a fully loaded truck weighs 20 to 30 times as much as a passenger car and this more than doubles braking distance, meaning you are looking at 7.5 seconds or more for truck dilemma zones.

Wavetronix made the SmartSensor Advance Extended Range with a 900-foot detection range. This means trucks get the same protection as other vehicles at one of the most dangerous locations they face. By holding the green light for trucks in the dilemma zone, we reduce crashes, hazardous load spills, fatalities, truck emissions, start-up delays and delivery times.

All things told, the ability for our radar sensors to see 900 feet instead of 600 feet isn’t going to solve all the safety problems related to the trucking industry, but it’s a step. It's a step we took and it’s a step many of our partners at departments of transportation made.

And if a something like this helps ease the mind of a six-year-old worried that their parent may not come home, then it’s worth it.