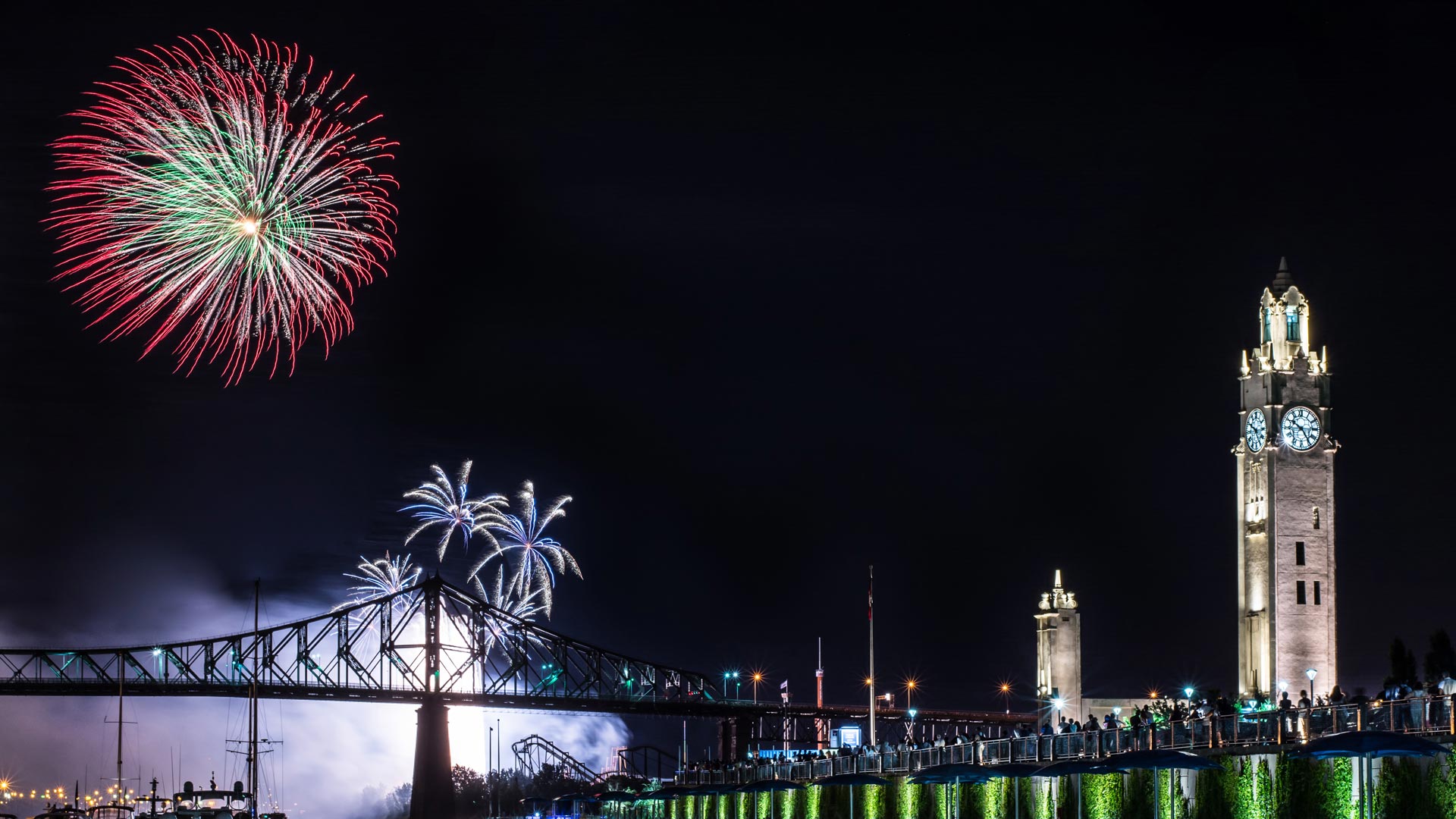 Can traffic data be used in an artistic way? Wavetronix, Orange Traffic and the city of Montreal have done just that.

Montreal is in the midst of celebrating its 375th anniversary and Wavetronix, along with Orange Traffic, is playing an important part while showing that traffic data can be used in innovative, artistic ways.

The celebration, dubbed “Alive 375” is also a celebration of Canada’s 150th anniversary. At the heart of this celebration is a project called “Living Connections,” the illumination of Montreal’s iconic Jacques Cartier Bridge, but adding lights to the bridge is only a small part of it.

“Thanks to its unique interactive technology, Living Connections will put everyone in touch with the pulse of Montreal and its residents, as well as the city’s energy.” Said Martin Coiteux, minister of Municipal Affairs and Land Occupancy for the Montreal region at the May 17th premier of the project.

Hailed as the first “connected bridge” in the world, The Jacques Cartier Bridge’s newly-installed 2,807 lights will react in real time to the day, the season, the traffic and to the changing moods and feelings of Montreal and is scheduled to run every day for the next decade.

The Jacques Cartier Bridge opened on May 14th, 1930 after five years of construction. Dubbed the “Harbor Bridge” at first, the name was later changed to honor Jacques Cartier who discovered Canada in 1534.

Today, the bridge is a five-lane highway with around 34.8 million vehicles crossing annually. Orange Traffic, Wavetronix’ authorized dealer in Quebec, helps keep those vehicles moving with the help of SmartSensor HD.

The bridge is operated by The Jacques Cartier and Champlain Bridges Inc. which enjoys a long collaborative relationship with Orange Traffic. There are around 100 lane signal lights installed on the bridge to enable the opening and closing of lands according to traffic intensity and direction.

Orange traffic combined existing intrusive loops with Wavetronix HD sensors which utilize a dual-beam, high definition radar array to collect data. This data is then combined and analyzed by Command software which produces reports analyzing vehicle count, length, speed, direction gap, occupancy and others. This information is used to open or close lanes of traffic, to warn drivers of congestion and to activate warning lights on the bridge.

The Jacques Cartier Bridge now also uses the data collected by HD to help decide what light array will be shown.

Orange Traffic is tasked with providing the traffic data for the project. “Our team adapted the Command system to gather data from the Wavetronix radars and from JCCBI’s existing equipment,” said Patrick Lauzière, vice president of technology and development at Orange Traffic. “The technology implemented is highly flexible, allowing the designers to pull out the data they need to modulate the bridge illumination system.”

The light show starts early in the morning when the bridge lights up with the day’s color, chosen based on the season with every day changing slightly with a 365-color palate from bright green in spring to deep blue in winter.

At night, the bridge will have short five-minute light shows every hour meant to visually translate Montreal’s mood. This mood combines traffic data collected by SmartSensor HD and other traffic sensors along with weather, news and major events as recorded through people mentioning Montreal on social media. The bridge will then transfer to a longer light show with colors changing according to the topics Montreal’s residents are talking about on social media that day: red for society, green for the environment, light blue for technology, grey for business, blue for sports, pink for institutions, and purple for culture.

Pulses of color represent how often people are talking about Montreal on social media. For example, on a busy Saturday night full of concerts and shows, the bridge will appear to almost sparkle with thousands of light pulses. On slower days where winter weather is keeping everyone home, the lights will almost appear to stand still.

The project had price tag of $39.5 million with the JCCBI providing $30 million with the Society for Celebration of Montreal’s 375th anniversary, a municipal organization, contributing the rest. In a press release,  Montreal mayor, Denis Coderre, who says the bridge will have a “an enormous touristic impact,” says that taking the data of the city and presenting it in an artist way will help bring the city together.