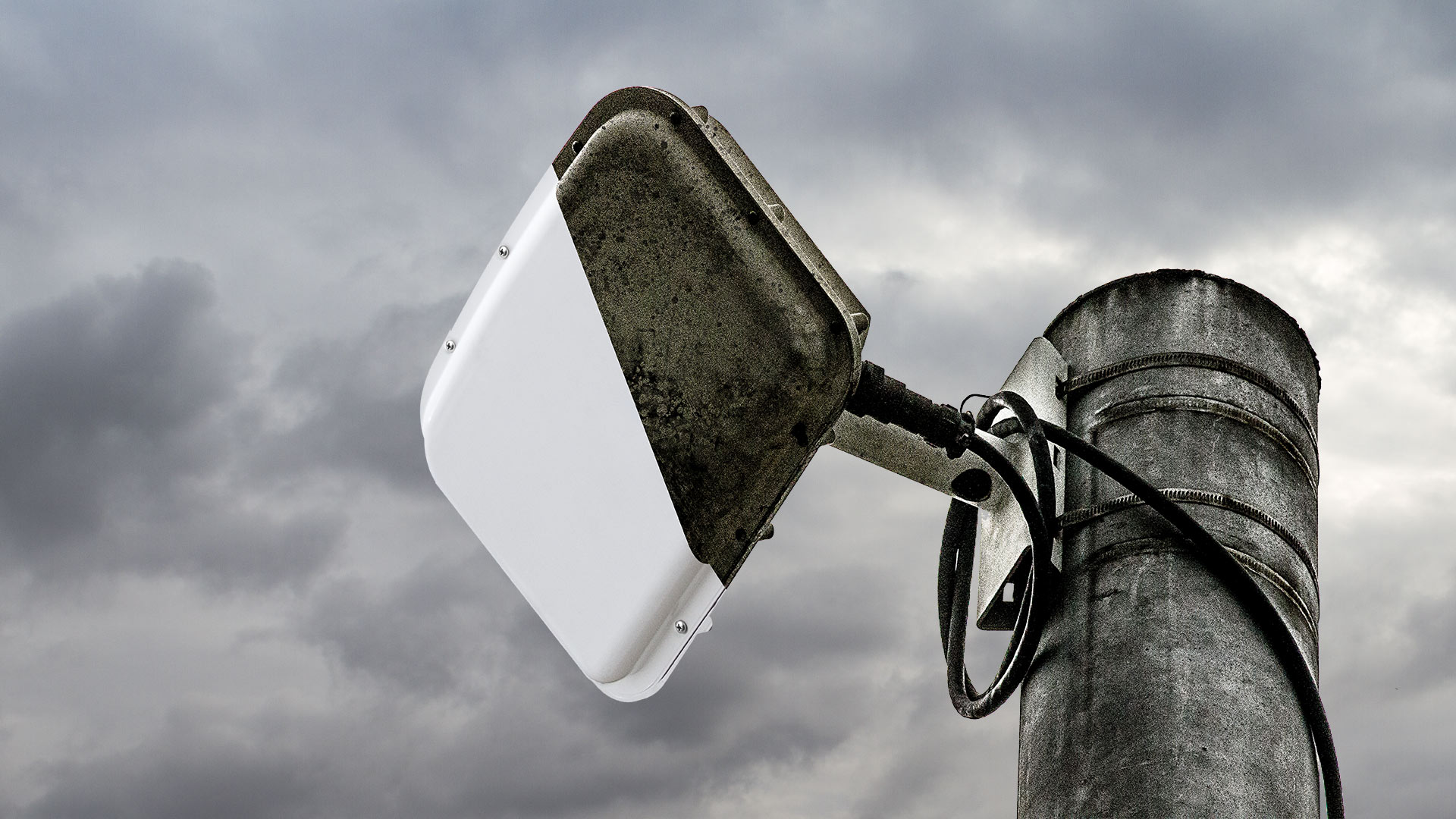 Sometimes, trying out new technology can be dangerous. SmartSensors provides a chance to be technologically advanced without the risk of being the first one out.

In a past life I was a newspaper reporter for a small-town paper. It wasn’t a great job, but it did have some perks. For example, I got certain privileges most people don’t get including the chance to ride in hot air balloons on the not-rare occasion of a balloon festival happening in the several thousand-square mile section of southern Utah I called my beat.

One morning I was covering the annual Panguitch Balloon Festival and had the honor of going up with the head honcho- a man with the amazing title of Balloon Meister. Someday I hope to have a title as impressive as Balloon Meister.

One of the Balloon Meister’s responsibilities was to be the first in the air- meaning he had to decide if conditions were safe for flight. The day before was a no-go. Too much wind. Everyone huddled around their still-packed balloons and baskets looking forlorn and disappointed. This morning there was still wind, but not as much. The Balloon Meister sent up small helium balloons to test the wind. They would float up silently for a while before being pushed away by winds at higher elevations. Not violently. It was questionable. On the edge between safe and unsafe.

The Balloon Meister was considering calling it off but a bunch of the other balloon pilots, let’s call them Armchair Balloon Meisters, were commenting loudly about how they would fly in these conditions no problems. Heck, they flew in conditions much worse than this down in Santa Fe or whatever.

Maybe this talk injured the Balloon Meister’s pride. Maybe not. Either way, he made the call. We would fly. My photographer and I helped unroll the balloon and we went through the steps inflating and getting ready.

Hot air balloon flights are amazing. I can see how someone could spend all their time and money on this endeavor. Both thrilling and serene at the same time. And almost nothing can compare to the thrill of taking off and watching the earth fall below you. This is what I felt as we took off. The first balloon in the air. We soared gently up around two hundred feet and we hit a gust of wind that took us, swiftly, to the south. The Balloon Meister turned to us and said, in a very mellow, relaxed tone, “So we shouldn’t have taken off. Now I’m going to go over crash procedures.”

The crash procedures were very simple: stay in the basket. Don’t get out of the basket until told to. As far as instructions go they were simple and I wasn’t very confident that this simplicity would be sufficient to save my life, but the Balloon Meister is the Balloon Meister so I trusted him.

We crashed in a muddy, murky field of cows. The balloon dragged us for a good quarter of a mile, the basket on its side, before stopping. We stayed in the basket. No injuries. I was high on adrenaline and didn’t sleep for two days. The other balloons choose not to take off.

This story illustrates the danger of going first. Sometimes when you step away from the known into the unknown you end up getting dragged through the mud.

The current state of the traffic industry is an interesting mix of brand new, exciting technological advances and decades-old technology. The problem is this: Often, when a new piece of technology hits the streets, it promises to do things that it just can’t do. When traffic engineers step up to the plate to be the first ones in the air, as it were, they sometimes crash in a field of mud. Cow mud. This is especially problematic because traffic engineers are literally gambling with the public’s money and a crash and burn can mean decades with an untrusting public.

Loops can perform very well, even today, but their intrusive nature has some built-in drawbacks. Installations can be very expensive and dangerous. Reliability is also not great as any change in the road surface can damage them.

Seeing a niche to fill, non-intrusive forms of detection appeared on the market. Most of these were in the form of cameras. These cameras installed above the road thus eliminating most of the problems from loops. There were problems, however, as it became clear these cameras simply did not function the way they should. They couldn’t get accurate counts. So wide-spread was the problem that alternative narratives started showing up. Rather than the nearly 100 percent accuracy of loops, people started talking about how 50 or 60 percent accuracy, what you could perhaps expect from cameras, was considered fine.

Traffic cameras also suffered because they relied on, like all cameras, light to work. Anything that altered the light rendered the cameras useless. Things as innocuous as sunsets or rain. For many of the people who stuck their necks out with this new technology, they crashed, burned and went back to loops.

Since then, attitudes have been hesitant about using new detection. And rightly so. Being the first one in the air can bring with it the danger of crashing and burning, and history shows that happened. To follow the leader has some measure of safety with it. If you can see others enjoying success then you can follow suit.

Of course, this comes in an industry that is changing faster now than probably ever before. Technology is moving rapidly through the concept of intelligent transportation to the point where somewhere in the not-to-distant future the roadway system may look nothing like it currently does. When faced with these realities the choices are either move forward and adapt or fall behind. If a department of transportation falls too behind, they lose support and confidence of the populous.

There is no easy answer to this dilemma. The cutting edge is, by definition, tiny and dangerous. However, many agencies hold themselves back from proven technology based on habit or tradition. Just because you were taught that loops are the standard for detection, doesn’t mean that’s always going to be the case. Just because you’ve heard that nothing works better doesn’t mean nothing will.

Of course, every new detection method that comes to the market makes these claims. It's what marketing is for and it can't always be trusted. You have to see beyond the market-speak to see what the reality of a product is.

This is where Wavetronix comes in by solving a problem when it comes to detection in a couple of important ways.

First, when compared to most detection on the road today, the technology of Wavetronix sensors are far and away superior. Where other detection technology made bold claims and then tried to back up those claims with off-the-shelf technology shoehorned into the traffic space, Wavetronix invented an entirely new way for radar to sense traffic.

fast. Both. It’s an industry that requires solid plans for ten to twenty years down the road while making decisions that have split-second effects.

Wavetronix has been around since the turn of the millennium. In the nearly twenty years since then, our products have been proven on thousands and thousands of installations around the world. Strangely, our products are often compared to other newcomers to the industry when we’ve been around almost as long as the traffic engineers working today. But, because this industry can move slowly, most people still see radar as a “new” thing.

As it became clear how well Wavetronix’s products performed, a glut of imitations appeared. Words that Wavetronix uses as definitions for technology it invented, like HD Radar, Radar Vision, Real Time ETA, became marketing buzz words for others. They pretend to be on the cutting edge, but they lack the ability to back those claims up.

Here then is where Wavetronix offers a solution. It is the best of both worlds. It is proven technology that is also cutting edge. It is state of the art and it had hundreds of thousands of hours behind it.

This is the rare chance to bring a new, workable solution to the public without any real risk. You can fly in the balloon without worry of a crash.